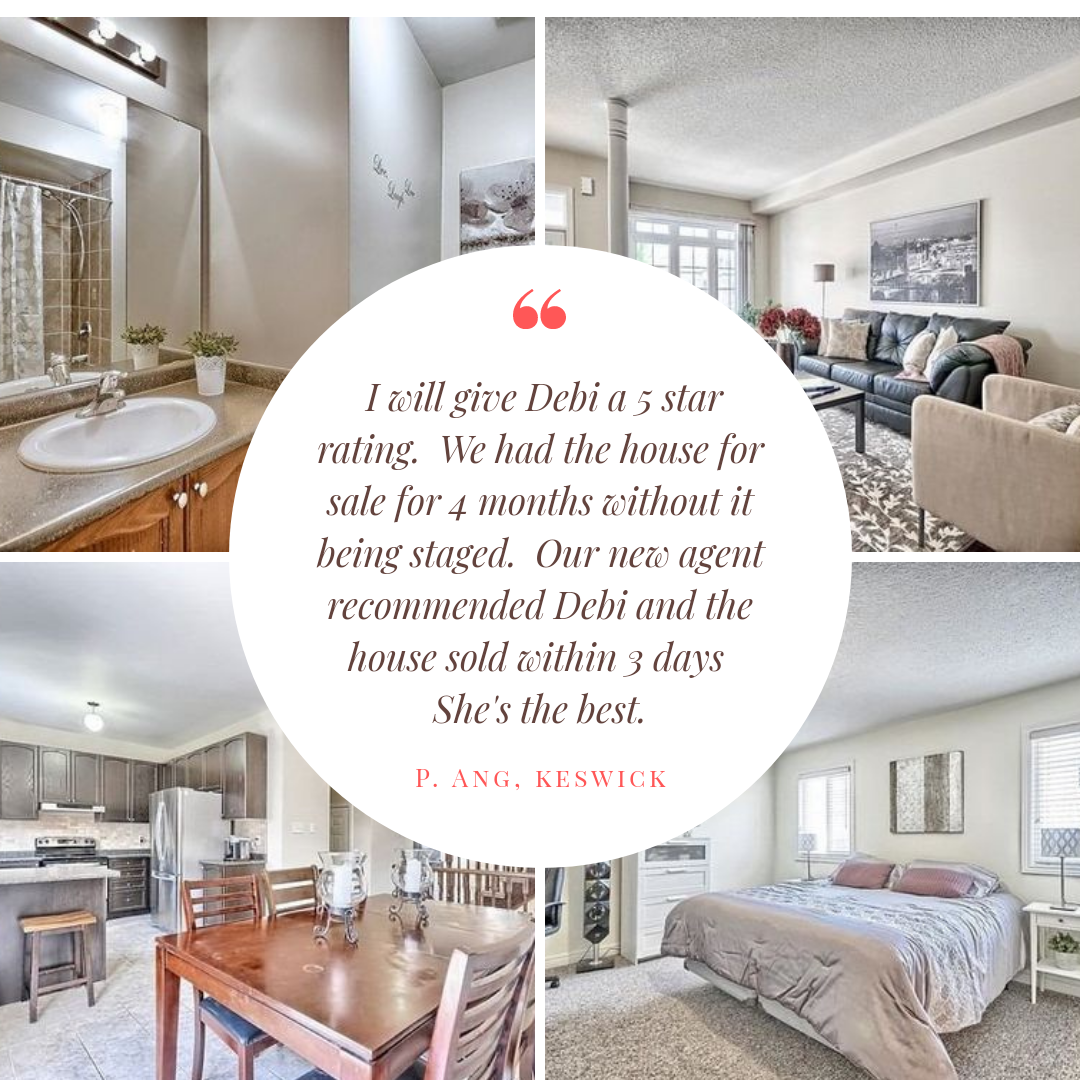 I will give Debi a five star rating, no if’s no but’s. Debi has shown dedication and her best is always in place. We had been on the market for no less than 4 months. We’ve had 2 agents and several bookings, never an offer. On our last days, we got Kelsey and she recommends Debi “big time.” Schedules were provided right away, plans were set and time accuracy and efficiency has been provided. Debi’s the best.”

P. Ang,  Keswick.  Client had previously listed their house with 2 different agents and had not received an offer in four months.  They had already purchased another home and were concerned they were going to own two homes if they sell their house.  They hired a third agent who hired me, a professional stager.  I staged their house and it sold in 3 days with 2 offers.

Welcome! I’m Debi Collinson. Designer. Stager. Real Estate Investor. In 2006, at the request of a realtor, I staged my very first home. Staging houses was just starting to become popular. I watched every staging show on HGTV that I could find. I was very nervous staging my first house, but the sellers liked their newly redesigned home so much that they turned down an offer for full asking price. I went back to design school and have never looked back. Since 2006, I have been staging & designing spaces to make them look like they belong in a magazine page, and buying “fixer uppers” to fix up & either sell for a healthy profit or to rent them out. Sign up to receive my e-mails of how to make your home stunning, how to sell your house for top dollar AND how to become financially independent one fixer upper at a time! 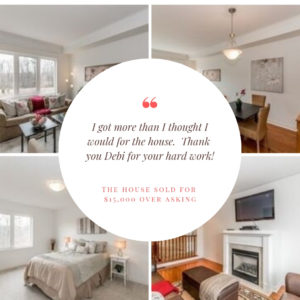 “I got more money for the sale of my home than I thought I would.”  My client received $15,000 over asking.  She repainted her entire house to a fresh neutral white.  I brought in furniture & accessories to compliment her items and staged rooms that were empty.  The results speak for themselves.   I’m Debi…

Even by admission of the homeowner, this townhouse was frankly, dated and well worn.  It was a small 3 bedroom townhouse for a growing family of 4 who were moving on to a larger home because they had outgrown it. The flooring was in need of repairs, the kitchen cabinets needed an updated, and the…

“Debi was outstanding from start to finish.  The house was staged beautifully and received many compliments. The house sold in 3 days.”  Tyler, Alliston. Staged houses sell faster than vacant houses.  Buyers need to see the potential design of each room.  Rooms appear smaller than they actually are without any furniture in them.  This formerly…